If you’re already working with Super Savvy Business, you are accustomed to the beautiful graphics that Robert creates. He likes to start every project by developing a thoroughly researched brand style guide in order to ensure all graphics and images speak your brand’s language.

If you are not already a member of the Super Savvy Business community (you should seriously consider becoming one), then read this article to discover the value that Robert can bring to your business… visually. 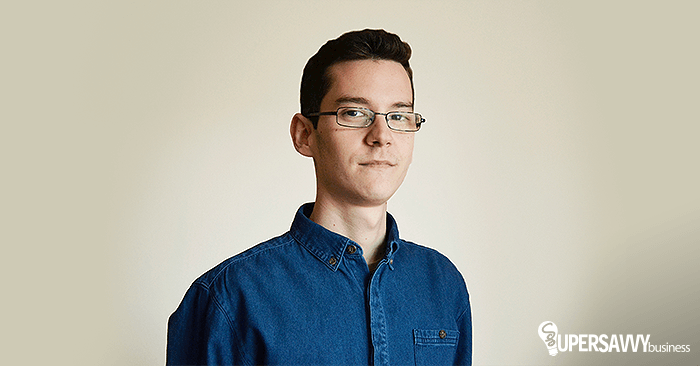 Going from math and coding to design: drawing is just one skill

While in high school, Robert studied maths and programming; two areas that he says were not quite his cup of tea. Robert is a good friend of Marieta’s, and it was her husband who introduced him for the first time to design. Robert started liking the idea of creating visuals and earning a living out of it.

Robert will openly admit to anyone that his drawing skills are not very good either, but he feels comfortable with that. “Drawing is one skill, but graphic design implies so much more than just a steady hand,” he highlights. “Design is digital, and when you think about it, it requires you to have a tonne of creativity and even a bit of maths skills. So it did me good to know a bit of maths when I started with design.”

Stepping up to become a designer: a road paved with mentorships, self-training & going back to maths!

Robert might strike you as a calm and settled person, but his mind bursts with imagination. He is a self-taught designer. He learned Photoshop on his own by watching online tutorials. He had a desire to use the software so he could create what his mind was imagining. 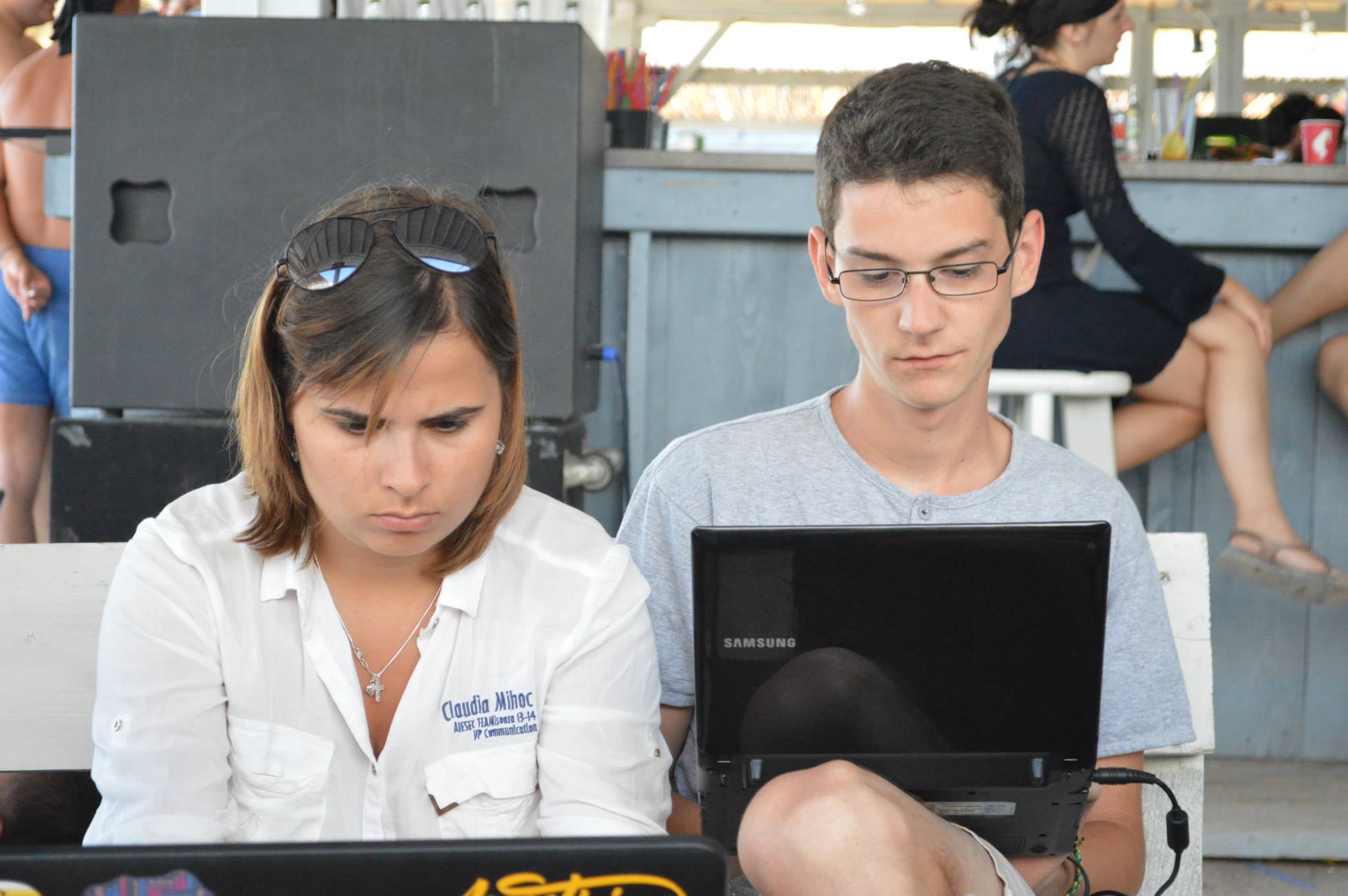 One part of being a freelancer is that you can make an office out of anything!

Since no apprenticeship is complete without a mentor, Robert found one in the CEO of a web development company. “It was a mentorship thing,” Robert recalls. “He helped me grow at the beginning. My training under his supervision lasted for about a year. After that, I just quit everything that had to do with design. I took a break and went to university to study engineering and economics,” he laughs.

Robert took another leap of faith when he left university to live in Belgium. It was a unique experience that he talks about with a smile on his face. “I was gathering money to pay for uni. It was a cool experience,” he says.

But by the time he returned back home, Robert decided he was going to do design, and do it the right way. So he returned to his mentor and trained under his wand for two years. He completed numerous projects during this time and also learned a lot of new things. This experience allowed him to mature in his skills and gave him the confidence to pursue a career in graphic design.

“I love the culture around Super Savvy Business”

“I have never been fond of the corporate style of working. I feel more comfortable working with friends and I value people that are like-minded,” Robert declares when asked about why he likes working with Super Savvy Business.

Although the team is in a work environment, we are also like a group of friends, which is nice. 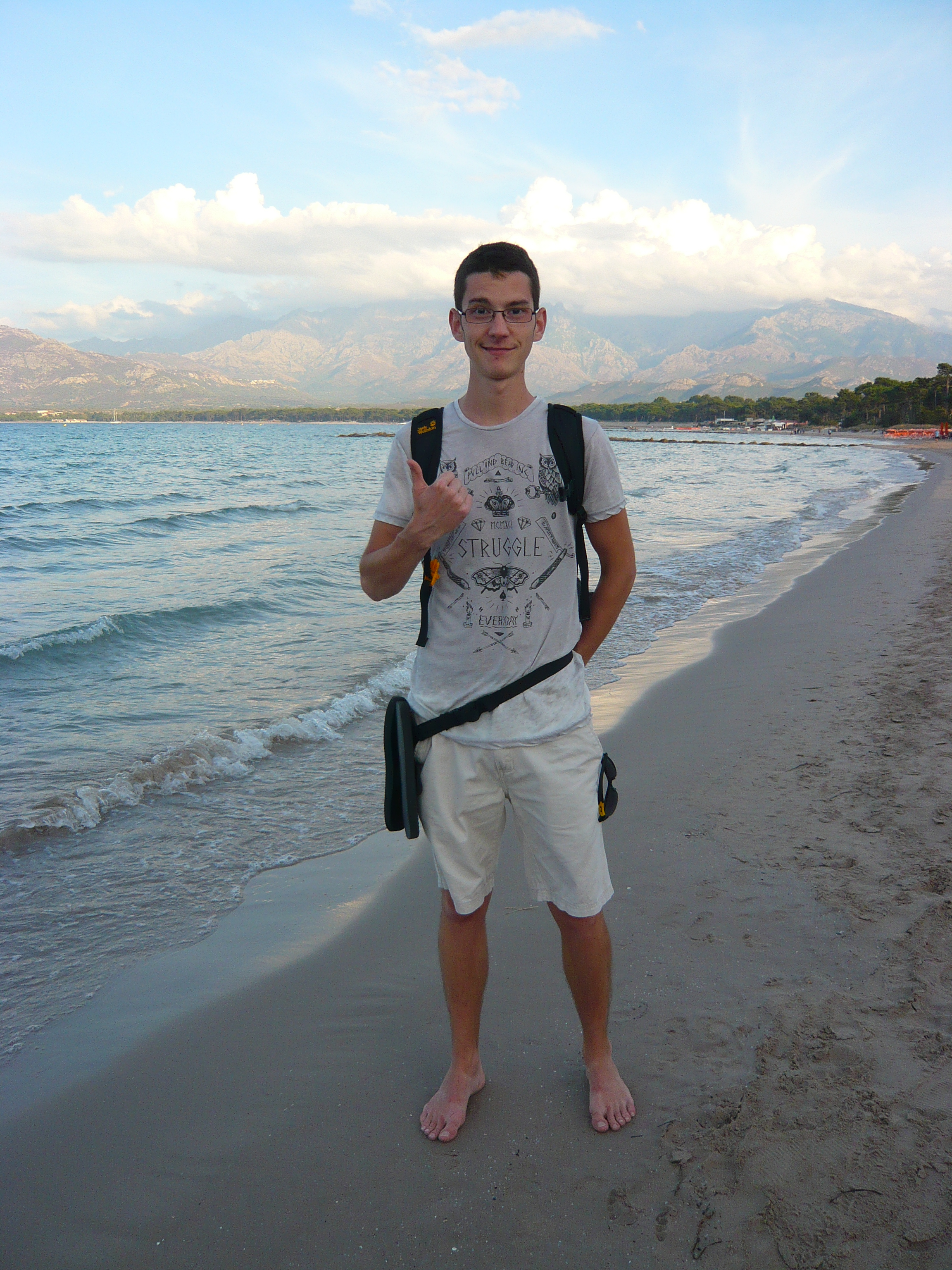 A picture from France, while traveling to see the world.

Robert’s relationship with Super Savvy Business is a win-win. He brings his design skills, while the company quenches his thirst for marketing. Robert has always been curious about marketing. As Vice President of Communications of AIESEC Oradea, he collaborated with a Bucharest-based company that did a campaign for them. “It was awesome. I really found it interesting! It got me thinking, ‘How does this field work? How do people come up with such ingenious ways to sell things?’ It was then that I started reading about marketing… and then the Super Savvy Business opportunity landed on my lap.”

As part of Super Savvy Business, Robert is responsible for developing and/or building a company’s visual brand. He creates visual style guides, images for social media, infographics, and even web design. All blog images that Super Savvy Business publishes for our clients are custom made by Robert.

Thus, the role that Robert currently occupies at Super Savvy Business offers him a lot of variety and is very dynamic. “I really like web design because it is a more complex task and the project are bigger and they take more thought and planning. There are different areas you have to pay more attention to than others. But generally, I love everything that revolves around graphics, anything that is visual.”

Talking a language most graphic designers don’t think about

Most graphic designers learn design from an artistic point of view. Good design looks amazing. However, when applied to marketing, good design must sell.

As a result of Robert’s continuous training at Super Savvy Business, he now has an understanding of the business side of design: how to create graphics and visual elements that are focused on building brand awareness, generating leads, and catching the attention of the target market. In addition to this, Robert has also developed a solid understanding of colour psychology and how this applies to marketing. 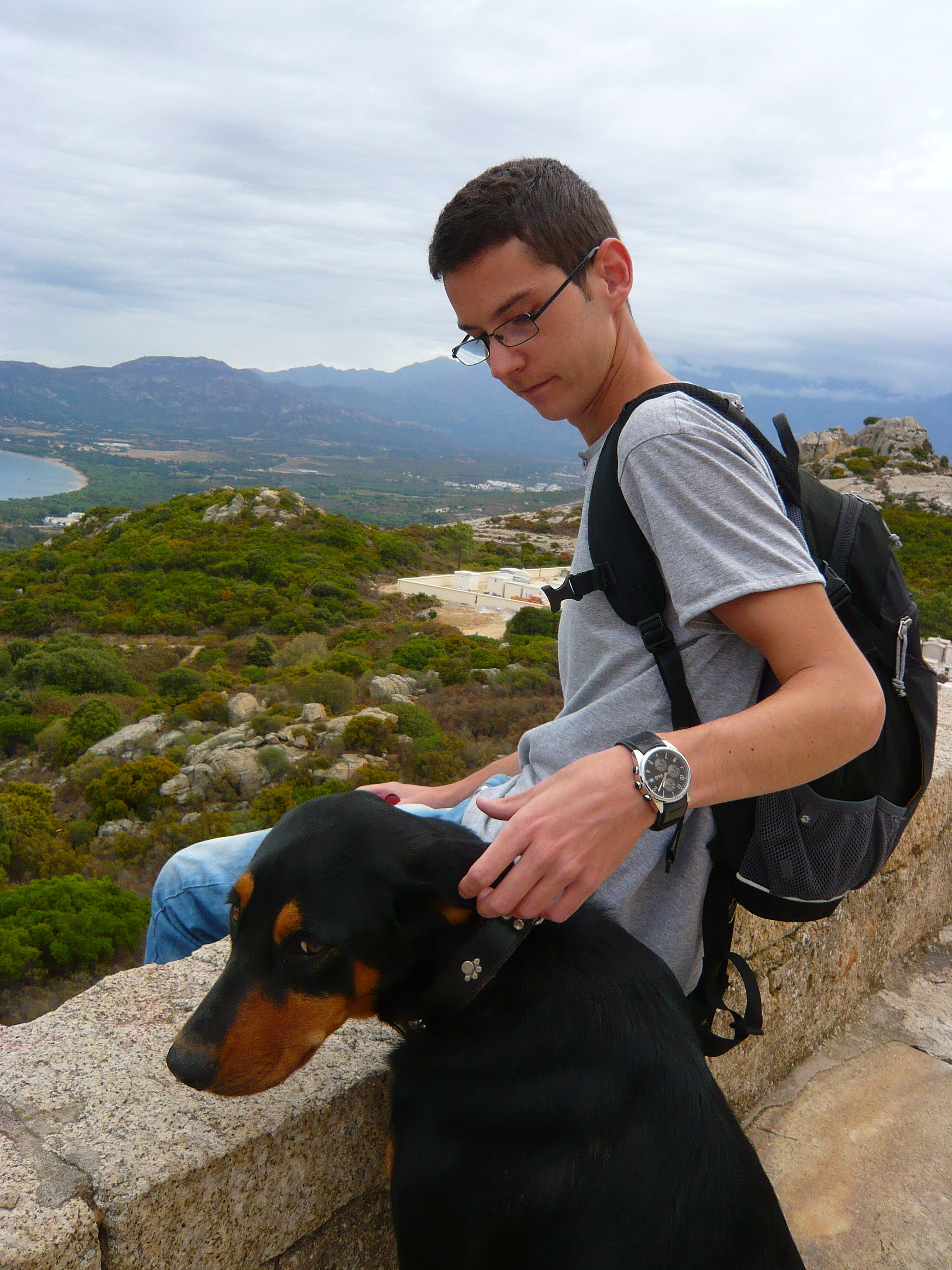 Rob loves dogs, and this is one he met while on his travels in France. At the office, Robert is always accompanied by Ana’s dog.

When we talk digital marketing, images are one of the most important elements, especially on social media: whether it is for a Facebook ad, a blog post, or a promotion – more often than not, it is the images that make people click. So as you can imagine, the value of what Robert brings to the table at SSB is highly regarded.

An avid reader, but not what you’d expect

So far, Robert made it clear maths and coding are not his life goals. It’s the opposite that he loves, the creative world of imagination. Thus, he likes to read, but unlike Marieta, who loves fiction, Robert prefers reading things that teach him something. “I recently started reading about personal development,” he says, “but it is more about introspection.” 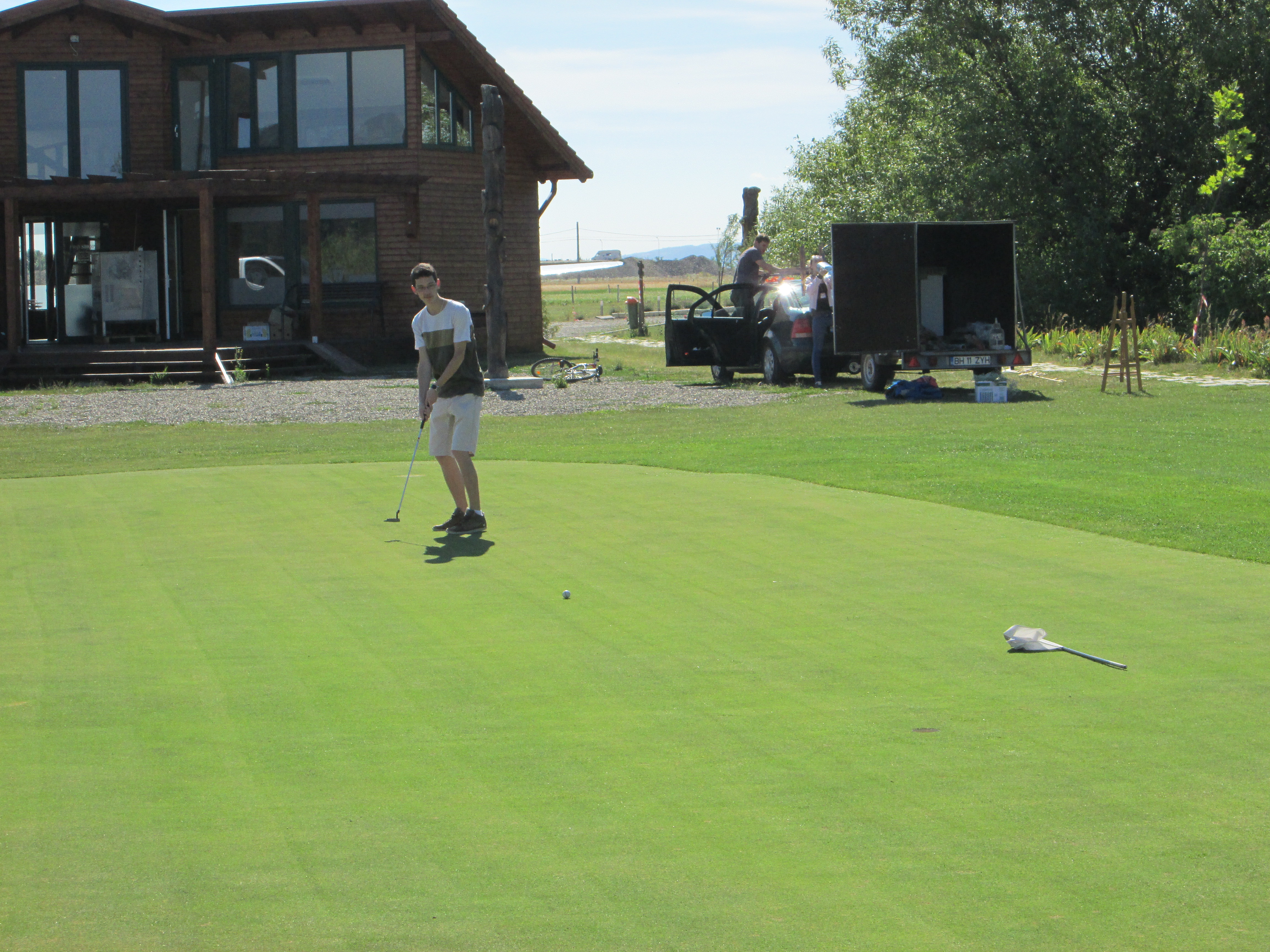 Robert likes to try something new every time! This was the first time he played golf and he loved it.

If you stumble upon Robert during his free time, you may find him biking, roller skating, playing tennis, squash, ping pong, or badminton. Robert likes to take photos of his surroundings; however, he keeps photography as an intimate hobby: he has never published any of the shots he took.

Robert is also fond of watching movies, has a great sense of humour, and you will discover he is very humble and modest. 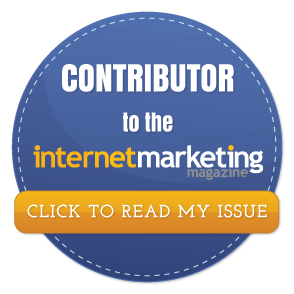